Farra takes it out Construction Health and Safety Awards 2016

Demonstrating our many commitments to Health and Safety, we are proud to have been awarded the Site Safe 2016 Construction Health and Safety Award for the design of our modular lift hoarding systems.
Posted 01 August 2016 in News

A suicide prevention programme, a health and safety app, and a pioneering approach to removing asbestos are just a few of the innovative ideas being recognised at this year’s Site Safe Construction Health and Safety Awards.

Farra is proud to be a finalist and winner in The Vertical Horizonz Safety Innovation Award for Large Business.

This is the second significant recognition Farra has received for its Hoarding product.

The Farra Lift Hoarding is modular, light-weight and easily portable by one man, without creating manual handling hazards. Ventilation and natural light were key considerations in the design, which is lacking in the current industry standard. And most importantly, the system allows instantaneous exit in the event of an emergency in the shaft.

The Farra Hoarding controls this risk twofold, by having the ability to have a quick exit system on the door (not requiring keys from the inside), and by having the top and bottom hoarding door’s situated 600 mm from the shaft exit itself, allowing someone to stand between the hoarding door and the shaft entrance if required.

After successfully branching out into the lift industry, Farra soon realised lift shafts could be made much safer and healthier. Shafts were poorly lit and access was restricted to only the ground and top floor, increasing the risk of being trapped during an emergency. Hoardings were traditionally made of thick plywood panels, covering the entrance to the shaft. Hinged at the top and bottom floors, these usually blocked out any natural light. In other cases, large mesh hoarding is used, which allow more light but also small pieces of construction debris to fall into the shaft, creating an unsafe environment.

Mervyn says access was a major safety issue, with research showing that most work-related deaths in lifts are either caused by or related to, workers being able to exit the shaft quickly enough.

“A high percentage of lift maintenance injuries could have been avoided or less severe had the worker been able to get out or raise the alarm more quickly,” Mervyn says.

“It seemed crazy that in this day and age someone could lie in a lift shaft injured unable to get out, without anyone able to hear him, it’s just a hugely unsatisfactory level of care.”

What did they do?

Seeking a solution, Farra looked overseas, where hoardings are more commonly used. Unsatisfied with what they saw and realising they could do a better job, Farra set about designing and building their own modular, light-weight solution. The team came together to design, trial and build what eventually became known as the “Farra Hoarding”. Workers from the lift division were heavily involved in the design of the final product, ensuring that the end result was practical and easy to use on-site. Made with light-weight plastic panels, the system can easily be carried by one person, reducing the risk of manual handling injuries. Able to be tied down or anchored, it can be used on almost any job, including sites open to the public.

The Farra Hoarding is now used on all of the company’s lift construction jobs. The transparent panels allow natural light into the shaft, while still preventing bystanders from disrupting work. The panels also prevent construction debris from entering the shaft and hitting a worker and equipment can be stored inside the hoarding. Each level has a perforated mesh top, allowing for ventilation, as well as an extra layer of protection from falling debris.

Mervyn says the system has the potential to be used for a range of applications where there are an opening and a risk of a fall from a height, such as a stairwell, cellars, basements or rooftop exits.

Feedback from workers and customers had been overwhelmingly positive, with workers enjoying the safer and healthier environment, Mervyn says.

By having a quick exit system without keys on the inside of the door, and placing the hoarding door away from the shaft exit, the Farra Hoarding allows for easier, faster access. Most importantly, it provides an instantaneous exit in an emergency.

“What we have created is a cost-effective solution to a potentially fatal risk.” 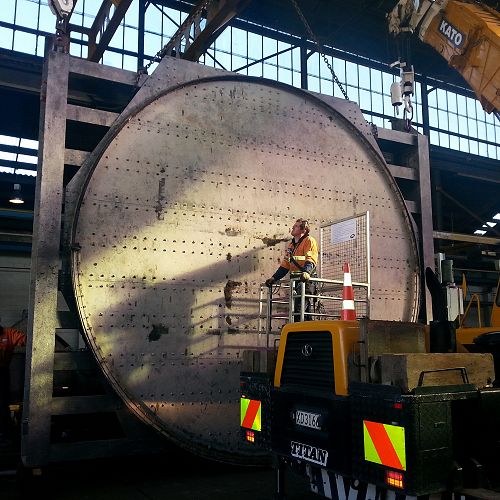 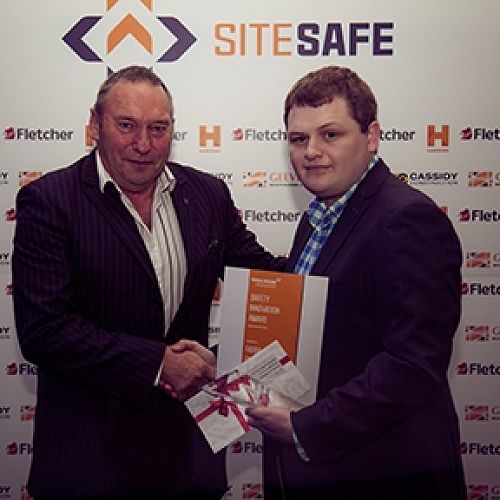 With the merger of Farra Christchurch and Architectural Engineering, Farra are now more equipped than ever to take care ...

Farra were invited to take part in the Connexis "Girls with Hi-Vis" day at Meridian Energy's Benmore Power Station.

Minister Shane Jones Down in the South

We had the pleasure of showing Mr Jones and MPs David Clark, Claire Curran, and Mark Patterson around the Farra Heavy En...